Why Santa Claus is the GOAT in Marketing

Read this post to learn why Santa Claus has been a successful marketer and how you can adapt some of his strategies for your own marketing. Today, he's so well-known that he even appears on TV commercials!
Table of Contents
Add a header to begin generating the table of contents Santa Claus is the ultimate marketing mastermind. He knows what to do every year to make sure that kids worldwide are excited for Christmas.

He’s been doing it for more than a century, and he is not going anywhere anytime soon. In this post, we will share what makes him such a successful digital marketer and why you should take notes on how he does it.

Here’s a little Christmas story to get you in the holiday spirit:

It was the night before Christmas, and Santa was in his workshop, finalizing his plans for the big day. He had tried a lot of different marketing techniques over the years, but nothing had worked. He was starting to get a bit discouraged.

One of Santa’s assistants came into the workshop and asked him what was wrong. Santa told him about his failed attempts to market himself, and his assistant had an idea. “Why don’t you try using social media?” he said. “It’s a great way to connect with kids around the world.”

Santa thought about it for a moment and decided that it was worth trying. He set up accounts on all the major social media platforms and started posting updates about his work at the North Pole. It took a while for him to get used to it, but after a while, Santa got pretty good at marketing himself on social media.

That night, Santa and his assistant stayed up late, making sure that everything looked perfect on all of his social media profiles. They wanted to make the big reveal of the day to be perfect.

The Next Day: Christmas Eve

Santa’s assistant had made a good point: Social media is a great way to connect with kids worldwide. But to make it work, Santa needed to engage with them and not focus on vanity metrics.

He started asking kids what they wanted for Christmas and trying his best to ensure everyone got exactly what they wanted. He also posted photos of himself doing all kinds of fun stuff in action, like riding a sled or feeding the reindeer. All the kids loved it!

And the best part was because he had built up a following of millions of kids all over the world, Santa’s posts started going viral. Parents loved seeing their children so excited about Christmas, and they started sharing his posts as well.

The day went perfectly. Kids everywhere got precisely what they wanted for Christmas, and everyone was thrilled.

“I’m so glad we decided to try using social media,” Santa said to his assistant as he watched all the elves wrapping presents. “It was a great idea.”

So what makes this jolly old elf such an excellent digital marketer? It’s actually pretty simple.

He knows exactly what to do every year to get kids excited for Christmas without fail.

He also paid attention to the changing trends of the times. This made it easy for him to keep up with the latest technologies advancing Christmas traditions.

He always seems to know what’s trending and what’s next just by looking at the kids’ lists every year.

The Worlds Biggest Expert on Communication

It’s not just his strategy that makes him such a successful digital marketer; he’s also an expert when it comes to effective communication.

He has mastered the art of telling stories in a way that appeals to everyone while still managing to be engaging and exciting at the same time.

You can take notes from him when it comes to crafting persuasive messages that will make your audience want what you’re selling. The other thing he does is that he makes the kids feel as if Christmas is a personal tradition between him and them.

He always comes through on his messages, which is why people never seem to get tired of what he’s got going.

One of the biggest reasons why everyone loves Santa Claus is because he has a strong brand identity. Ever since he started his first marketing campaign, he used the same logo and color scheme.

His brand is a massive part of how it all started, and he made sure that people would never forget him. He’s made it as simple as possible for everyone to see who Santa Claus is without having to use too much imagery or any variations in his brand.

Another thing that makes him such a successful digital marketer is that he has built an admirable social media presence. He doesn’t use Instagram much (because of safety concerns), but he is one of those people who gets the most out of Facebook.

He also knows what content resonates the most with his audience and posts engaging content to ensure they will always return.

Santa Claus knows who his audience is year after year, and he makes sure to cater his campaigns to them.

Santa doesn’t waste time on those on the naughty list.

He knows his target audience (those on the nice list) and doesn’t focus on those who aren’t (the naughty list).

You see, Santa doesn’t try to reach everyone, and that’s the secret to his success.

Santa Claus doesn’t worry about people who weren’t good the previous year, and he makes sure to focus on those who were.

He knows his audience, and he communicates with them in a way that will make them listen.

That’s why his plan has never failed; there was always someone listening.

The Ultimate Goal of Communication is Action

Santa Claus is very serious about what he does every year to ensure that it would be a success. He produces results from his efforts, which makes him confident in further improving his campaigns each passing year.

Santa is not just about the cute looks and his jolly laughs. He uses technology to his advantage in all of his campaigns.

Isn’t it funny how you see him at every mall each year?

That’s his brilliant strategy: to make himself visible and on everyone’s mind.

Isn’t it funny how you see him in commercials?

That’s his way of embracing the latest marketing trends.

Isn’t it funny how you see him in movies?

That’s because movie producers know that kids love his story, so they’ve included him time and again to get children hooked on Christmas even more.

He has channels for everything, not just on TV but also on the radio, games, and even apps to ensure that everyone sees him.

He knows what kids want, so he never fails them with his yearly gifts.

Kids know they can always count on Santa for a unique gift because he makes sure they get what’s best for them.

He also knows that other people are his possible customers, not just kids. He makes sure to make his content relevant to everyone else as well.

Watch a commercial with Santa in it, and you’ll likely find out that he’s marketing to more than just kids.

This is why you can always expect Santa Claus to show up in your favorite shows, movies, and stories – he knows how to make things relevant even if they were not made for everyone originally.

Santa understands better than any other marketer the importance of followers. He takes care of his followers all year long.

He doesn’t focus on business networking, or another business referral system. Instead, Santa focuses on his followers!

He also keeps them happy because the happier they are, the more likely they are to tell others about him, thus increasing his following exponentially.

Santa has engaged followers and not just those on his friends’ list.

His Google My Business Profile

Ok, this one isn’t really about him, but rather about his helpers.

Santa’s elves are masters at Google My Business, and they know how to wreak havoc on their competition this time of the year.

Santa knows that by empowering his helpers with the tools they need, he’ll be able to increase his market share exponentially around Christmas time.

If you’re near the North Pole, and you search for Santa Claus or Christmas on Google, what do you think you’ll find?

It’s a guaranteed spot at the top of your search results.

This is how elves kick-start their campaigns every single year.

Why Should You Take Notes from Santa Claus?

As a business owner, you should take notes from how Santa manages his online presence in a way that makes it easy for everyone to see who he is. He has been doing this for decades and yet still manages to keep up with the latest trends in the digital marketing world, plus:

His Campaigns Are Never Ending

He never fails to promote his campaign, even if it’s not Christmas time anymore.

He continues to market long after the holiday season is over because Santa knows that every time a kid sees him on TV, or comes by him at the mall, or hears about him via word of mouth, he has a chance to grab their attention and remind them of what he’s capable of doing.

His Campaigns Are Unique

He knows what his customers want, ensuring they get it every time.

For example, if you look at toys for kids today, you’ll notice that toymakers make them after popular characters because these are the ones that sell well during the holiday season. These are the toys kids know they can count on to be unique and special.

He knows what his customers want, so he constantly makes sure that everything he’s promoting is relevant, even if it’s not related to Christmas itself.

He hasn’t abandoned snail mail either.

Even though old Saint Nick uses email (often with the help of Mrs. Claus) to communicate with his customers, he has not abandoned snail mail.

You can still write to him, and he’ll likely reply.

Santa Claus is the real deal for effective advertising strategies, and he proves this every year when Christmas comes around.

And you should too!

Santa is the GOAT in marketing period!

We hope that you enjoyed reading this article. Do you have any thoughts on how Santa Claus is a digital marketing mastermind?

Please leave your comments below. We would love to hear what you have to say!

-The Team at BlakSheep Creative Clint is a man of many talents and abilities. Clint served in the Army for 6 years and has been with the Baton Rouge Fire Department for 24 years. He was serving as a volunteer guitarist at a local church when he became aware of the social media/web designer moving on from that position. After taking over the responsibility of all things marketing, Clint eventually founded BlakSheep Creative to handle website design for churches and other organizations in his area.
Leave a Comment How to Write the Perfect Press Release: The Ultimate Guide 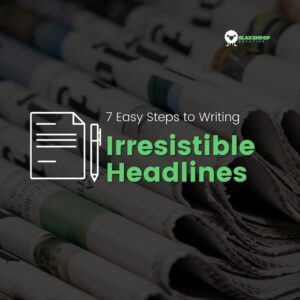